View source
Whatever you do 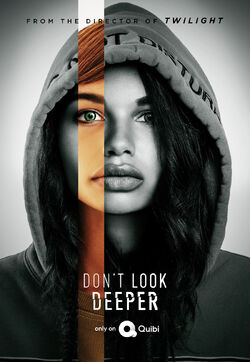 Don't Look Deeper is a drama from Quibi.

During its 14-episode run, viewers are challenged to explore the very definition of humanity and where we might draw the boundaries of artificial intelligence in the very near future.

The show was created by Charlie McDonnell and the co-creator of Lost, Jeffrey Lieber, and entirely directed by Twilight helmer, Catherine Hardwicke.

Check out the first few

Episode 1: When what should be a typical day turns into a nightmare...Aisha heads to a party to try and unwind, only to discover an unsettling secret about who she really is.

Episode 2: As Aisha attempts to come to terms with the revelation about who she really is, her friends and classmates become suspicious of her behavior. Terrified and confused, she discovers an ally, who may be able to provide some answers.

Episode 3: Aisha wakes up in her bed to discover that her life appears to be back to normal. Is it possible that everything she's learned...was a dream? With her head spinning out of control, Aisha tries to tease apart reality from nightmare.

Episode 4: Rylium CEO Noah is informed of an intimacy breach with one of their "emBeds", and decides to send his brother Abel to take care of it. Meanwhile, Aisha seeks Levi's help to test the limits of what she's capable of.

Episode 5: Rylium sends Abel to retrieve their faulty "emBed". Aisha tests Martin to try and find out what he knows. An overwhelmed Martin consults Sharon about a "plan B".

Episode 6: Set in the past, Martin meets Sharon and Aisha for the first time. Martin doesn't know Aisha's secret, and Sharon doesn't mention anything... until Aisha has an emotional breakdown that forces the truth to come out.
Watch how your truth 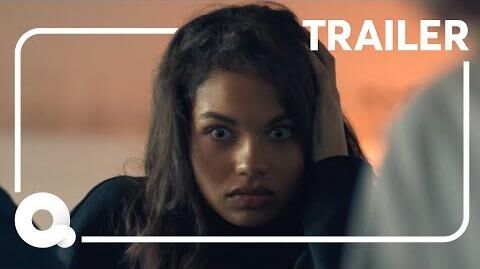 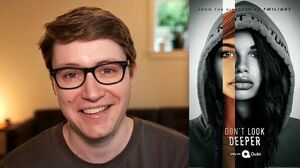 I Made a Show! 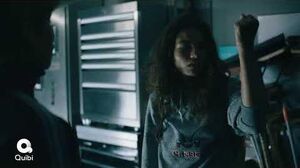 We're a community run and maintained by people just like you! Created by fans, for fans, the Don't Look Deeper Wiki is dedicated to creating a comprehensive and informative resource about Don't Look Deeper on Quibi.

We also have a place for getting to know each other and to talk about Don't Look Deeper in our Discussions. Whether you are here to start editing or to chat with fellow users, you are welcome to sign up for an account!

Everything you need to know about Amazon Lord of the Rings series The Rings of Power  NationalWorld...

Community content is available under CC-BY-SA unless otherwise noted.
Advertisement